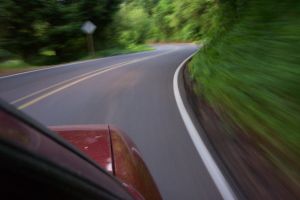 As Cape Girardeau personal injury lawyers, we know that young drivers have a high risk of involvement in motor vehicle accidents that result in serious, life-threatening injuries. The good news? Parental involvement in a teen's driving education can dramatically reduce these risks. Establishing ground rules, monitoring your teens' activities, and openly discussing safety concerns can help equip your teen to make responsible choices when he or she is behind the wheel.

Last weekend, six Ohio teens were killed and two others were injured when an SUV struck a guardrail and overturned, landing on its roof in about five feet of water. Investigators say the driver, 19 year-old Alexis Cayson, was traveling at a high rate of speed when she rounded what locals call "Dead Man's Curve," a common site for accidents. One of the surviving passengers told the Associated Press that he repeatedly asked Cayson to slow down before the SUV ran off the road and flipped into a nearby swamp. "The lady driving was playing around when she was driving," 15 year-old Asher Lewis told police. "She was swerving and speeding. I think she was driving on purpose like that but I'm not sure why."

Two teens were able to escape from the vehicle following the crash, including one who broke out the back window with his elbow. Cayson and the other five passengers drowned. An initial investigation revealed that the SUV was overloaded with seven passengers ranging from age 14 to 17, some of whom were sitting on each other's laps, none of whom were wearing seat belts. Authorities say Cayson did not have a valid driver's license and had reportedly taken the SUV's keys from her roommate's brother without permission. It's not yet clear exactly where the group was headed, but reports suggest that a few of the victims may have misled their parents about their whereabouts on the day of the crash.

• Auto accidents are the number one cause of death among adolescents. Annually, about 3,000 teens are killed in U.S. crashes - that's about eight deaths every single day.

• Drivers between age 16 and 19 have a crash risk that is four times higher than older, more experienced drivers.

• Approximately 75% of serious accidents involving teen drivers are caused by critical driver errors - and about half of these crashes can be attributed to one of the following three errors: failure to scan roadway conditions to recognize and respond to hazards; failure to maintain an appropriate speed, given roadway and/or traffic conditions; and driver distraction, caused by a factor inside or outside the vehicle.

• A teen driver's already-high crash risk more than triples when he or she is driving with two or more peer passengers in the vehicle.

• Teen drivers are half as likely to crash when their parents set driving rules and monitor their activities in a helpful, supportive way.

At Aaron Sachs & Associates, P.C., our personal injury lawyers represent the rights and interests of Missouri car accident victims. If you or a loved one has been injured in a crash caused by a careless or negligent driver, you may be entitled to compensation for your losses and damages. Our attorneys work on a contingent-fee basis, and we offer a free initial consultation to discuss your case and answer your questions. To schedule an appointment, call us toll-free at 1-888-777-AUTO, or visit our website. Serving clients in Cape Girardeau and the surrounding areas in southeast Missouri, including Piedmont, Potosi, Dexter, Farmington, Sikeston, Perryville, New Madrid, Van Buren and Kennett.
Attorney meetings by appointment only
Categories