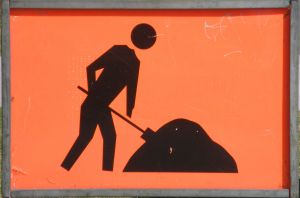 Recent research has provided both employers and employees alike with specific data concerning workplace injuries: where they happen, why they happen, and how often they happen. When examined together, these studies provide an overview of American occupational health - and some of the findings might surprise you.

What kinds of jobs are the most dangerous?

According to the U.S. Bureau of Labor Statistics, there were 3.1 million nonfatal workplace injuries reported by Americans in 2010, meaning the overall U.S. incidence rate is about 3.5 injuries per 100 full-time workers. An estimated 59,000 U.S. workers died in 2007, while approximately 44,000 Americans died in car accidents; 41,000 died of breast cancer; and about 29,000 died of prostate cancer.

In terms of individual states, Maine has the highest injury incidence rate on record, with about 5.6 injuries per 100 full time workers. In contrast, Washington D.C. has the lowest injury rate at only 1.9 injuries per 100 full time workers. Missouri, Utah, New Mexico, Alabama and Florida are the only other states that have reported incidence rates lower than the national average.

How much do workplace injuries cost the United States?

"It's unfortunate that occupational health doesn't get the attention it deserves," said author J. Paul Leigh, professor of public health sciences at the University of California, Davis. "The costs are enormous and continue to grow. And the potential for health risks are high, given that most people between the ages 22 to 65 spend 40 percent of their waking hours at work."