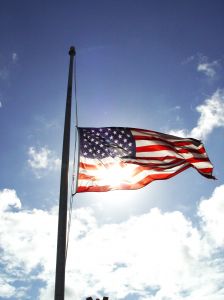 Seven people were killed in Missouri auto accidents between 6:00 p.m. on Friday, May 25 and 11:59 p.m. on Monday, May 28, according to a recent news release from the Missouri Highway Patrol. Troopers reported a total of 232 accidents over the holiday weekend, which caused 95 injuries to the involved parties. In addition, 184 Missouri motorists were arrested for driving while intoxicated.

All seven fatal crashes were lane departure accidents, meaning they involved a vehicle leaving the appropriate lane of travel and either running off the road or crossing into the path of oncoming traffic.

• 16 year-old Rachelle Alling of Ozark died on Friday evening in a single vehicle crash in Christian County. At around 8:00 p.m., Alling's vehicle ran off the roadway and struck a culvert, which caused the car to overturn into a volunteer fire department's driveway. Alling was pronounced dead at the scene. She was wearing a seat belt.

• On Saturday, another single vehicle wreck claimed the life of 23 year-old Ulyses Neal IV of Sikeston. Neal was a passenger in a vehicle that lost control and struck a tree. Neal was ejected from the vehicle and died as a result of his injuries. Two other occupants sustained serious injuries in the crash, while a third suffered minor injuries.

• Christopher Harrah, 26, of Rolla, was killed on Sunday in a Franklin County crash. Harrah was a passenger in a vehicle that failed to properly negotiate a curve in the roadway: it ran off the road, struck a driveway, became airborne, and eventually collided with a tree. Harrah was pronounced dead at the scene. He was not wearing a seat belt. A 5 year-old passenger suffered moderate injuries. The driver, 25 year-old Autumn Smith, was seriously injured: she has since been changed with involuntary manslaughter, second-degree assault and driving while intoxicated, according to STL Today.