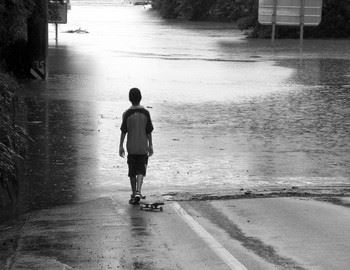 It's a gray Wednesday here in the Ozarks: local weather forecasts predict a stormy week ahead. Since we're heading into the rainy season, our Springfield, Missouri personal injury lawyers thought it might be a good time to discuss safe driving practices in bad weather.

The Highway Patrol is already reporting serious problems caused by flash flooding throughout the state. "The flooding situation in Southern Missouri has turned deadly," says Colonel Ron Replogle. "The Missouri State Highway Patrol has conducted approximately 18 water rescues in Troops E, D, and G and has recovered the bodies of two fatally injured subjects in the Troop G area since Friday. Both of these individual's vehicles were swept from low water crossings by swift moving water as they attempted to cross. Many of the roads in the southern portion of the state which are near or crossover waterways are still under water and should be considered impassable and extremely dangerous to cross."

Just this afternoon, KY3 reported that a Stoutland school bus stalled after driving into approximately 3 feet of water. Responders from the Mid County Fire Protection District had to physically carry the driver and 11 student passengers to dry land. (To see photos of the incident, click here.)

Staying safe in these rainy conditions requires making some adjustments when you're behind the wheel. Below, please find a few tips to help you arrive safely at your destination. 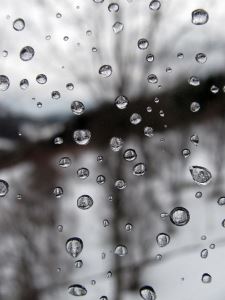 • Make sure your vehicle is well maintained. For example, if your tires are bald, you'll have significantly less traction, and you'll be more likely to hydroplane. Also, make sure your wiper blades are in good shape: safety advocates recommend replacing your blades at least once a year.

• Turn your headlights on. It's a simple step that will help you see and be seen. (Also: Missouri state law requires that you turn on your headlights anytime you have to use your windshield wipers.)

• NEVER attempt to drive through fast-moving water, no matter how shallow you think it is. A vehicle can be swept away by a very small amount of water.