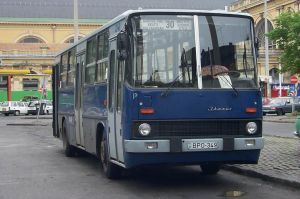 Low-cost, curbside buses have been under a microscope ever since a New York City crash killed 15 people and injured 18 others in March 2011. In an attempt to ensure that these buses meet federal safety standards, the Federal Motor Carrier Safety Administration (FMCSA) recently shut down 26 curbside bus operators following a year-long investigation that revealed multiple violations.

Last year, the National Transportation Safety Board (NTSB) conducted a study to determine just how dangerous these particular passenger buses are. The study found that you are seven times more likely to be involved in a curbside bus accident in than in an accident on a more expensive conventional bus.

Other key findings of the NTSB study:

• Curbside carriers that have fewer than 10 buses and have been in service for more than 10 years have higher accident rates.

• Curbside carriers have higher driver fitness and logbook violation rates than other types of motorcoach carriers. Nearly 20 out of every 100 curbside buses were taken out of service because of driver fatigue between January 2005 and March 2011. Only about 11 out of every 100 conventional buses were taken out of service during the same time period.

• Driver fatigue is also a top contributor to many bus accidents.

The curbside bus industry has experienced swift growth in recent years, and our Sikeston bus accident attorneys understand that the federal government has had a tough time monitoring these companies. Many carriers have been able to avoid regular enroute inspections because they pick up passengers at the curb instead of at a traditional bus terminal. Likewise, the Federal Motor Carrier Safety Administration (FMCSA) has also struggled to monitor these companies' ticket sales because the tickets are sold through online bus brokers, who are not under the FMCSA's jurisdiction.

Such complications have made it difficult to enforce federal safety requirements. When questioned last year, regulators were unable to answer simple questions, like how many miles these curbside buses travel each year, how many companies there are operating and how many curbside buses are running throughout the country. Furthermore, when safety standards aren't enforced, some companies become more lackadaisical about safety measures, which means more accidents can occur.

"It's abundantly clear that the oversight of this industry has not kept pace with its growth and the consequences have been deadly," Sen. Charles Schumer said in October 2011.

In response to the issues revealed in the NTSB study, FMCSA launched an extension investigation into several curbside carriers. On May 31, they officially declared over two dozen carriers to be imminent hazards to public safety, closing down operations in six states. Additionally, 10 individuals (company owners, managers, and employees) were ordered to cease all passenger transportation operations.

In a news release, Anne S. Ferro, FMCSA Administrator, stressed the importance of the massive shut down: "The egregious acts of these carriers put the unsuspecting public at risk, and they must be removed from our highways immediately," Ferro said. "With the help of multiple state law enforcement partners, we are putting every unsafe bus and truck company on notice to follow the safety laws or be shut down,"