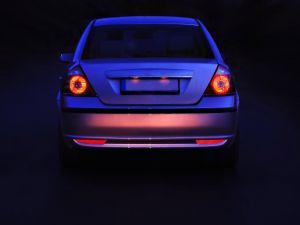 A man wanted by authorities in connection with a hit and run incident is now in custody, according to the Springfield News-Leader. 22 year-old William Lee Smith reportedly turned himself in to the Greene County Sheriff's Department on Tuesday and was subsequently charged with first degree assault.

The charge stems from an incident last weekend that began with a domestic dispute in Ash Grove and ended with a critically injured man in Springfield. Investigators allege that William Smith and his wife Cheyenne were involved in a verbal altercation on Saturday evening. During the argument, Cheyenne called her mother, Vicki Stevens, and asked Stevens to come to the Smith residence and pick up Cheyenne and her son. Cheyenne then notified the authorities of the altercation. By the time Stevens arrived, police were on the scene. They detained William while Cheyenne left with her mother and son, but ultimately, he was released.

The women headed towards Springfield. As they traveled south on West Bypass, they saw William Smith following them near the Kearney intersection. William allegedly swerved at Stevens' vehicle and stopped in front of it several times in an attempt to get the vehicle to pull over. At that point, Stevens called 911 and reported that Williams was chasing her vehicle. She then contacted her husband, Randy Stevens, and his co-worker, Jeremy Strahle. The two men met the women near Kansas and Atlantic Street.

According to the statement against William Smith, Randy Stevens and Strahle were standing outside their vehicle when Smith sped past them. He turned around and came back, authorities say. Then, "[as Smith] was rapidly accelerating the vehicle, he struck [Strahle] with the front bumper of the vehicle, throwing him into the air and landing partially on the roadway and partially in the grass area on the west side of Kansas Avenue." After hitting Strahle, Smith reportedly continued traveling south on Kansas, leaving the scene.

Smith turned himself in on Tuesday and posted a $200,000 bond. His next court date is August 16. While free on bond, Smith is neither allowed to drive nor contact his wife, child or in-laws. In addition, must wear an electronic monitoring device.