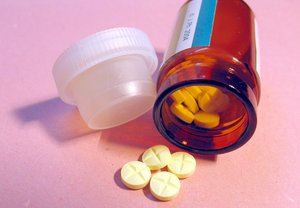 The Oak Grove, Missouri truck accident attorneys have been investigating the fate of the Safe Roads Act, a piece of legislation that addresses a significant problem on Missouri roadways. The bill is designed to address a giant loophole that can allow drug users to seek - and obtain - employment as a truck driver. What's worse, a recent study has concluded that of the roughly 3.5 million truck drivers on U.S. highways, about 68,000 of them have at one time or another tested positive for drug use. It's not a mystery that big-rig accidents can cause massive damage and serious injuries, so a drugged trucker is a truly dangerous weapon.

Road Safe America and the American Trucking Association have both supported the bill, demanding that the United States establish some sort of central clearinghouse to keep an eye on commercial drivers who have returned positive drug and alcohol tests. The loophole is this: if a driver is involved in a trucking accident and tests positive for drug use, that driver will be terminated, but he or she can simply look for a job with another carrier in a neighboring state. Drivers don't have to volunteer this dangerous information during the interview process, and there has never been a way for trucking companies to find out for themselves.

We agree that a central clearinghouse would make a major difference: importantly, it would increase the safety of motorists on our roadways, by helping to keep drivers with a history of alcohol and drug habits from getting behind the wheel of tractor-trailers.

The Safe Roads Act (S.1113) was first introduced back in May 2009 by Senators Pryor, Nelson, Snowe and Wicker. Then, it was reintroduced to Congress last year. Since then, it has been read twice and subsequently referred to the Committee on Commerce, Science, and Transportation. It remains on the agenda for 2012 (for details, click here). And it's worth noting that Arkansas has a similar bill already in effect: since that bill became active in 2007, Arkansas alone has located more than 300 violators.)

To put it bluntly, the idea of a drugged driver operating an 80,000 pound truck is frightening. This negligent behavior can seriously threaten the lives of drivers and passengers that share the same roads. These truck drivers and their employers are required to follow specific rules and regulations while operating in the United States. If they fail to do so, and an accident results, injured parties will likely be entitled to seek compensation for their damages and expenses.

Many drivers take drugs in an attempt to stay awake, meet deadlines and earn more money. Back pain and prescription narcotic addictions are also significant issues. It's no secret that drugs - even and especially certain prescriptions - can greatly impair a driver's perception, memory, reactions, judgments and motor skills. Drugged truck drivers' violations illustrate an epidemic in the trucking industry, and trucking companies are having a tough time getting a handle on it. The Insurance Institute for Traffic Safety conducted a more specific study of truck drivers, and found the following:

At Aaron Sachs & Associates, P.C., we work with truck accident injury victims on a regular basis. We've seen how difficult recovery can be, and we support any measures that will protect Missourians from experiencing such an ordeal. We hope to see Congress pass the Safe Roads Act in 2012.

If you or a loved one has been involved in a trucking accident in Missouri, call 1-888-777-AUTO today for a confidential consultation to discuss your rights.