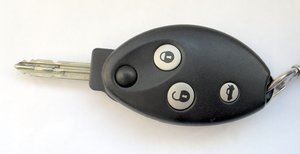 Our Kennett, Missouri car accident attorneys have been following the media storm surrounding the controversial safety issues plaguing the Chevy Volt. Back in November, the National Highway Traffic Safety Administration (NHTSA) began investigating the Volt in response to reports of unexpected fires under the hood. When these vehicles were tested for occupant protection and crash safety, it was discovered that the vehicle's lithium-ion battery could be damaged in a side-collision car accident, causing the coolant line could rupture.

After engineers conducted a test side-impact accident, the car's battery caught fire some days later, all by itself. The NHTSA has worked alongside General Motors, the Department of Defense (DOD) and the Department of Energy (DOE) to figure out more about the problem, to correct the situation, and to alert vehicle owners.

This week, officials closed that investigation, announcing that GM would install a protective casing around the battery in existing Volts, which would resolve the issue and make a recall unnecessary. While the NHTSA concluded that electric cars are no more likely to catch fire than gas powered cars, they also released new guidelines for firefighters and other emergency responders, outlining the appropriate approach to an electric vehicle fire. (To read these guidelines, click here.) Notably, the guidelines warn that toxic fumes can leak from damaged batteries long after a fire has been put out. Additionally, according to NHTSA's report, "The closing of this investigation does not constitute a finding by NHTSA that a safety-related defect does not exist."

Vehicle recalls are inevitable, even when we think we've purchased a safe car. For this reason, it's important to keep an eye on the current vehicle recalls. You can do so by visiting the Recalls.gov website. Recall announcements frequently offer free repairs or replacements, but it's important for consumers to stay well informed about the most recent recalls to prevent a serious accident. 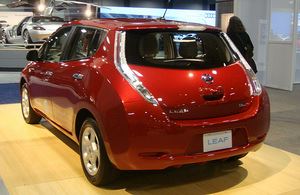 Safety concerns have affected Volt sales in 2011. Buyers seeking an electric vehicle were more likely to choose the Nissan Leaf (pictured at left), which is about $8000 cheaper, and has not shown any indication of safety problems.

As electric cars and hybrids continue to grow in popularity, the U.S. Fire Administration reminds motorists to take certain precautions when one of these vehicles is involved in a collision. Don't assume that an electric car is powered off just because it's not making any noise. In the event of an accident, turn off the ignition, remove the key, and put the car in park.

If you or someone you love has been injured in an accident with a defective vehicle in Kennett, Dexter, New Madrid, Perryville or elsewhere in Southeast Missouri, contact the personal injury attorneys at Aaron Sachs & Associates, and schedule a free initial consultation. Call 1-888-777-AUTO.