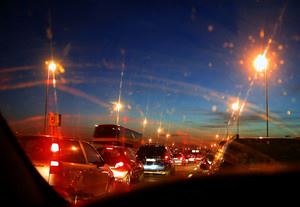 Last week, St. Louis Alderman Gregory Carter was killed in a multi-vehicle accident in St. Charles County. According to the St. Louis Post Dispatch, a collision earlier in the evening contributed to the crash that killed 54 year-old Carter. In the first accident, a pickup truck struck a semi-truck, but the trucker did not immediately realize his trailer had been hit. However, he soon sensed the damage to his trailer and pulled over to the shoulder of the road.

When the semi-truck stopped, the driver of the pickup truck also pulled over - into the center lane of the highway. The driver of an oncoming FedEx truck saw the stopped pickup, and he quickly slowed to offer help, and to warn the pickup's driver to pull off the road. At that point, another semi slowed and came to a stop behind the FedEx truck. Carter's UPS truck was the third vehicle to encounter the stopped cars: unable to yield in time, he rear-ended the stopped vehicles.

Carter was pronounced dead at the scene. There have been no reports of the other drivers' medical conditions. However, the driver of the pickup truck, 25 year old Patrick Mullen, has been arrested on suspicion of driving while under the influence of alcohol. At present, no other charges have been brought against anyone involved in the accident. The Missouri Highway Patrol continues to investigate.

Carter was elected to the St. Louis Board of Aldermen in 1993, and he has served the 27th Ward for nearly 20 years. On nights and weekends, he worked as a UPS driver: at the time of the crash, Carter was driving a UPS truck on Highway 370, en route to Nashville to deliver a UPS shipment.

The number one contributing factor to American auto accidents is driving under the influence of drugs and/or alcohol. According to the Centers for Disease Control and Prevention, an average of 30 people die every day in auto accidents caused by alcohol. Annually, alcohol-related crash damages cost $51 billion. What's more, drunk drivers cause numerous injuries to innocent victims every single year.