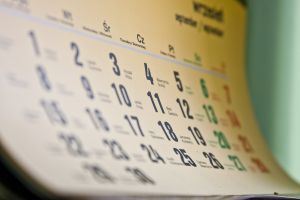 April is upon us, which means the end of the school year is just around the corner. Needless to say, lots of teens are looking forward to taking a break from classes and hitting the roadways with their summer vacation plans. What they may not be looking forward to, or even know about, are the dangers they face behind the wheel. The months ahead host 100 of the deadliest days of the year for teen drivers, according to Mothers Against Drunk Driving (MADD). Our Missouri personal injury lawyers understand that our teen drivers are at a high risk for injury accidents, as they simply have less driving knowledge and less driving experience. What's more, 9 of the 10 deadliest days for teens on our nation's highways are between the months of May and August.

Organizations like MADD - along with other teen safety advocates - are spreading the word about the dangers our teens face on our roadways in an attempt to educate both them and their families. Awareness is the first step to preventing a car accident in Missouri and elsewhere in the country. Car accidents are the number one cause of death for teens - and 1/3 of these accidents are alcohol related.

According to the National Highway Traffic Safety Administration, there were more than 208 million licensed drivers in 2008 in the United States. Teen drivers, or those between the ages of 15 and 20, made up more than 6%, or 13.3 million, of the total number of licensed drivers. This number illustrates a more than 5% increase from the 12.7 million teen drivers in 1999.

It is estimated that, in 2009, roughly 3,000 teens in the United States were killed in motor-vehicle accidents. Another 350,000 teens were treated in emergency rooms for injuries sustained from these incidents. These statistics reveal that more than 10% of all drivers involved in fatal accidents were between the ages of 15 and 20. In 2009 alone, Missouri had nearly 200 deaths resulting from motor-vehicle accidents that involved a teen driver.