According to KDKD Radio, more than 5,000 teens are killed every year because of car accidents in the U.S. To help tackle this problem, National Teen Driver Safety Week was held recently. The aim is always to help parents make sure their teen drivers are developing safe driving habits.

Our Sedalia, MO car accident attorneys ask that you take the message of safe driving habits and share it with your teen year round. 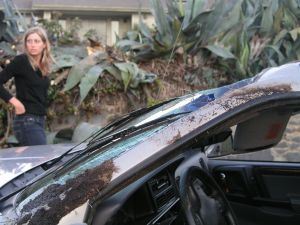 Teen drivers are almost 5 times more likely to be involved in a fatal car accident in Sedalia, MO than any other age group of drivers. The theme for the 2011 campaign is supporting parents in teaching their teens to drive safely. Throughout this campaign and year round, parents are urged to spend time with their teen driver so they're exposed to safe driving through more supervised driving time. Recent research shows that teen drivers who have parents who are involved in their learning process have better chances of staying safe on our roadways. Teens with supportive and helpful parents are half as likely to be involved and twice as likely to wear a seat belt as teens who have less-involved parents.

The AAA Foundation for Traffic Safety recently conducted a study to reveal just how at risk our teen drivers were on our roadway. Researcher proved that teen drivers are 50 percent more likely to be involved in an accident during their first month of unsupervised driving than during any other time spent behind the wheel.

Researchers found that parental involvement has a direct effect on these statistics. Teen accident rates are so high because parents hesitate to expose these young drivers to dangerous driving conditions. Teens drivers are oftentimes taken on familiar roads on routine trips in fair driving conditions. By sheltering teens from real-life driving conditions, parents are holding them back from experiencing the real dangers that drivers face on our roadways and ultimately from learning the skills to navigate through these dangers.

AAA conducted this research project by installing cameras into the vehicles of teen drivers in North Carolina. Researchers found that nearly 70 percent of accidents were caused by one of three driver errors; speeding, failing to yield or inattention behind the wheel. These accidents most often occurred when drivers were making a left-hand turn.

As the drivers gain unsupervised driving experience, driver's risks decreased as did the number of speed-related accidents.

Parents are urged to ride along with their teen driver as often as possible. When a driver gets their unrestricted license, it doesn't mean that all rules have been thrown out the window. It means that you and your child should sit down and create a parent-teen driving contract to ensure that safety is a top priority behind the wheel at all times.

We can help to keep our teen drivers safe on our roadways by continuing to be involved in their driving habits and by continuing the conversation about the risks, danger and consequences of poor driving decisions.

If you or your teen driver has been involved in a car accident in Kansas City or elsewhere in Missouri, contact the Personal Injury Lawyers at Aaron Sachs & Associates PC, for a free initial consultation. Call (816) 231-4800 or (888) 777-AUTO (2886).