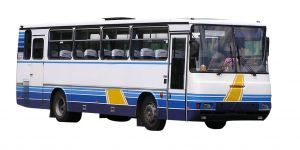 Our Cape Girardeau car accident attorneys understand that many residents and visitors rely on passenger carrier buses for travel. We support the full safety compliance reviews that FMCSA conducted on commercial passenger bus companies. This is the inspection that determines a passenger carrier's safety rating. The FMCSA recently conducted 95 full inspections on various carrier companies.

With the spring and summer months approaching, more and more Americans will be looking to these busing companies to help them get to their vacation destination. Travelers are urged to check out each carrier company before purchasing tickets as company safety standards may mirror their prices -- low.

"Safety is our number one priority," said Secretary LaHood. "We will continue to use every resource at our disposal to shut down unsafe passenger bus companies that place motorists at risk and remove drivers from our roads who put passengers in harm's way."

These unannounced inspections started in the last week of March and continued on through the first week of April. The inspections issued out-of-service violation citations to more than 150 drivers and more than 260 vehicles.

"Working side-by-side with our state and local law enforcement partners, we can ensure that every passenger bus company and driver operates as safely as possible," said FMCSA Administrator Anne S. Ferro. "These strike force activities are one of the many effective tools we use year-round to raise the safety bar for commercial buses and drivers on our nation's roadways."

Passenger fatalities from these busing accidents decreased from 2004 to 2006, from 57 deaths to 46. This illustrated a 19 percent reduction.

A new Motorcoach Safety Action Plan backed by the Obama Administration in 2009 sought to make long-needed improvements to motorcoach safety. The U.S. Department of Transportation (DOT) also proposed rules that would ensure that all buses come equipped with seat belts and electronic on-board recorders. These on-board recorders look to replace the easily falsified paper records of driver hours.

According to the U.S. DOT, motorcoaches carry roughly 750 million passengers around the country each year.

To ensure that safer drivers are operating these carriers, safety advocates are looking to implement a clearinghouse to track truck and bus drivers who have tested positive or refused testing under the USDOT drug and alcohol testing program. The DOT would like to require that all employers use that clearinghouse before hiring a driver.

If you are dealing with a bus accident in Kennett, Jackson, Charleston, Dexter or any of the surrounding areas, call 573-334-7959 today for a confidential consultation to discuss your rights. Attorney meetings by appointment only.