It seems like nowadays everyone on the road has somewhere to be in a hurry. This rushed driving is just another characteristic of aggressive driving, which may lead to road rage.

These driving behaviors are a serious problem on roadways nationwide and greatly influence your risks of being involved in a car accident in Cape Girardeau, New Madrid, Perryville and in the Bootheel. 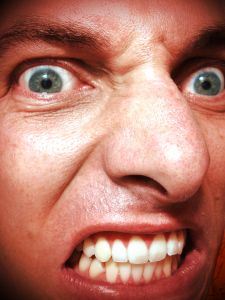 In an attempt to curb these dangerous driving habits, the National Highway Traffic Safety Administration has joined forces with local law enforcement and the judiciary to focus on enforcement efforts. The administration defines aggressive driving as when "an individual commits a combination of moving traffic offenses so as to endanger other persons or property."

Our car accident attorneys would like to warn all drivers about the dangers of aggressive driving and road rage. These driving habits affect the safety of everyone on the road, and it is only with the proper preparation that we can aim to eliminate these unnecessary road dangers. Aggressive driving increases the chances of a car accident.

The Automobile Association conducted a survey to get an idea of just how prominent aggressive driving habits are on the road. The survey concluded that roughly 90 percent of surveyed motorists had experienced an act of aggressive driving within the last 12 months. Nearly 60 percent of these drivers admitted to losing their tempers behind the wheel.

The driving survey also revealed that:

-More than 60 percent of drivers were guilty of aggressively tailgating. This is the most common form of aggressive driving and often leads to road rage.

-Close to 50 percent of surveyed drivers reported that they had flashed obscene gestures to another driver.

-More than 20 percent of these drivers said that they had deliberately obstructed other vehicles.

-More than 15 percent admitted to participating in verbal abuse on the road.

-1 percent of surveyed drivers claimed that they had been physically assaulted by other motorists.

According to Anger Management Groups, road rage, or intermittent explosive disorder, is defined as violent acts resulting from stress that is caused by accidents or incidents that occur on roadways. They conclude that road rage is often a natural extension of aggressive driving.

If you find yourself facing an enraged driver on the road:

-Keep your vehicle away from them.

-If you feel you're being followed, call 9-1-1 or drive to the closet police station.

-Do not return any hand gestures of any other instigating movements.

-Stay calm behind the wheel.

-Keep your doors locked and your windows up.

Aggressive driving habits and road rage can be caused by a number of circumstances. Summertime traffic will likely increase such driving habits. Drivers are urged to keep their cool behind the wheel. Knowing exactly where you're going and allowing yourself plenty of time to get there will help to ease your anxiety and frustration behind the wheel.

If you or a loved one has been involved in a car accident in Dexter, New Madrid, Perryville or elsewhere in Southeast Missouri, contact the Perryville Personal Injury Lawyers at Aaron Sachs Associates PC, for a free initial consultation. Call (573) 334-7959. Attorney meetings by appointment only.