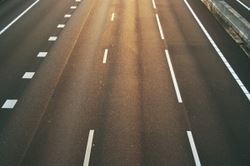 Columbia, Missouri car accident attorneys know all too well how quickly tragedy can happen when drivers are inattentive. Distracted driving might have any number of causes, from a driver impaired by alcohol to a driver who is simply fiddling with the radio. And drastic inattentiveness, whatever the cause, inevitably leads to catastrophe. Too often, drivers who are following the rules of the road become injured victims (or worse, casualties) simply because they have the poor luck of being in the wrong place at the wrong time. This week in Cole County, an Eldon, Missouri man was killed when his van was struck head on by a vehicle traveling in the wrong lane of traffic--on a four lane divided highway.

Just a few minutes before the crash happened, the 911-dispatch center in Jefferson City had alerted officers to investigate reports of a pickup truck traveling the wrong way on Highway 54. The Missouri Highway Patrol Troop F reports that at around 2:30 am, Larry Huston, age 56, was driving a van that collided with a pickup truck traveling eastbound in the westbound lanes of Highway 54.

Huston was pronounced dead at the scene. The driver of the pickup truck and her passenger also sustained serious injuries as a result of the crash: Marta Vaca, age 29, and Jerry Friend, also age 29, were both taken from the scene by ambulance. Neither Huston nor Friend was wearing seatbelts at the time of the crash, but Vaca, the at-fault driver, was wearing hers. The accident necessitated the closing of both westbound lanes for nearly two hours. At that point, one lane was reopened, but authorities remained at the scene, investigating and doing clean-up work, for several more hours.

Authorities haven't released any information about what circumstances caused Ms. Vaca to drive her vehicle the wrong way on a divided highway. It's a sad truth, but statistics show that fatal car accidents happen 3 - 4% more often in Missouri in comparison to all of America. This particular collision accounted for Troop F's 54th fatality in 2011. Though many accidents are preventable, like the tragedy in Cole County, others simply can't be avoided: they are accidents in the truest sense of the word. Missouri drivers need to know how to protect themselves and their families if such a situation arises.

Head on collisions tend to be among the worst kinds of accidents. When the front ends of two vehicles collide, either straight on or at an angle, the impact is greater because of the combined force of two vehicles in motion. The risk for injury, permanent disability and death is much greater if the collision involves a bigger vehicle, like a truck or a bus.

When you or a loved one is injured or killed in a serious car accident, there's a great deal to think about, which can be overwhelming. Dealing with serious injuries and/or the loss of a loved one is difficult enough without worrying about how you'll pay all the related bills. Columbia car accident attorneys can provide several helpful resources to assist you throughout this difficult time. There is no change for an initial consultation: please call us at 1-888-777-AUTO and find out if we can help you.