The Obama Administration has issued more imminent hazard orders that have placed unsafe bus and truck companies out of service in the last two years than in the previous 10 years combined, according to the U.S. Department of Transportation. Through these efforts, the Department's Federal Motor Carrier Safety Administration (FMCSA) has conducted a large number of unannounced inspections, full compliance reviews and enforcement actions that has yanked many unsafe vehicles off our roadways. 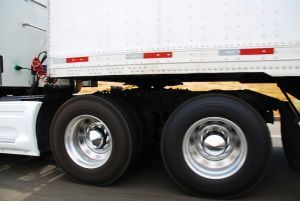 Our Missouri trucking accident attorneys note there were only 14 imminent hazard orders issued that put unsafe carriers out of service in the previous decade. Between 2008 and 2010, FMCSA has surpassed that number.

While the government has been busy patting itself on the back lately, the flurry of crackdowns and press releases has followed several fatal high-profile busing accidents. In reality, there are a number of safety initiatives, including data recorders for trucks, speed regulators and hours-of-service limitations, that the feds have been slow to adopt.

"From Day One, I have pledged to put public safety above all else, and we will continue to take action when we see carriers placing passengers at risk," said U.S Transportation Secretary Ray LaHood. "We have seen the tragic consequences of unsafe practices - whether it's ignoring fatigue regulations, providing inadequate driver training, or failing to conduct the proper maintenance of a bus or motorcoach. We continue using all of the tools at our disposal to get unsafe carriers off the road and hope that Congress will act on our proposal to provide us with the necessary authority to expand our safety oversight."

In the last four months alone, the FMCSA handed out nearly 10 out-of-service orders. These orders were issued right after investigations concluded that the carriers and/or the drivers were at such a level of non-compliance with federal safety regulations that they were posing a threat to the safety of the public. These imminent hazard out-of-service orders were issued to seven interstate motorcoach companies and one to a Tennessee-based truck driver.

"I'm proud of FMCSA's efforts to crack down and take action on unsafe interstate bus and trucking companies," said FMCSA Administrator Anne S. Ferro. "Our safety investigators, inspectors and state partners will continue demanding that motor carriers and their drivers adhere to safety requirements. While most of the industry operates safely, I also look forward to working with Congress to add new tools to prevent unsafe companies and drivers from operating."

With regards to future safety efforts, the DOT has requested that Congress approve a new procedure that would allow the FMCSA to conduct their own safety inspections at en route locations such as rest stops. They also asked that new motorcoach be required to undergo a complete safety audit before they're allowed to operate on U.S. roadways.

The DOT is also asking that Congress raise the fines for illegal operation or operation without authority from just $2,000 a day to $25,000 for each violation.

According to the National Highway Transportation Safety Administration, there are more than 500,000 trucking accidents that happen in the United States every year. This means that one out of every eight traffic deaths on our roadways involves a commercial truck.