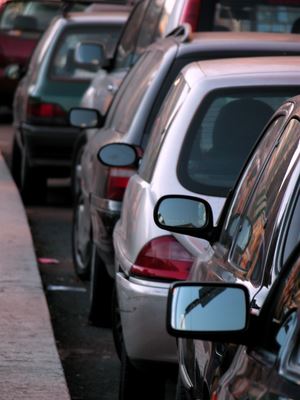 Our Kansas City personal injury lawyers know that it's always a good time for a refresher on roadway safety. In this post, we discuss five basic driving tips to help Missouri motorists reduce their car accident risks.

1. Stay focused. It's no secret that distractedness is a contributing factor in many serious auto accidents nationwide. While cell phones are the most notorious form of distraction, there are in fact several common sources, including passengers, eating and drinking, reaching for dropped objects, and daydreaming. Anything that takes your eyes off the road (visual distraction), your hands off the wheel (manual distraction), or your mind off the task of driving (cognitive distraction) increases your chances of causing a crash.

2. Make adjustments. Responsible, defensive drivers know that they must adjust their driving to adapt to roadway or traffic conditions. When you encounter wet pavement, road construction or congested traffic, you may need to turn off your cruise control, drive slower than the posted speed limit, and/or increase your following distance. (And remember, Missouri's Move Over Law requires drivers to slow down and move over a lane for emergency vehicles displaying red and blue lights and MoDOT vehicles displaying amber and white lights.)

3. Don't tailgate. Following too closely is a surefire way to increase your chances of causing a rear-end collision - which can cause serious injuries to the occupants of the struck vehicle, even when the collision occurs at low speeds. By allowing extra space between your vehicle and the vehicle in front of you, you also allow yourself much-needed time to assess traffic conditions in front of you and respond to them safely. To ensure you're following at a safe distance, use the three second rule.

4. Avoid alcohol. Over 1.4 million drivers were arrested for driving under the influence in 2010, reports the Centers for Disease Control and Prevention (CDC). That's about one percent of the 112 million self-reported drunk driving episodes that occur in the U.S. every year. And these impaired drivers are extremely dangerous: every single day, nearly 30 people are killed in car accidents involving an alcohol-impaired driver. Alcohol slows your reaction time, impairs your judgment, and damages your motor skills. Don't drink and drive.

5. Buckle up. The National Highway Traffic Safety Administration (NHTSA) reports that seat belts are the "most effective traffic safety device for preventing death and injury." Between 2004 and 2008, seat belt use saved more than 75,000 lives. And according to the CDC, seat belts reduce car crash injuries and fatalities by approximately 50%. It only takes a second to fasten your seat belt, and it might just save your life. Always buckle up when you're behind the wheel, and insist that your passengers to do the same.

At Aaron Sachs & Associates, P.C., our personal injury lawyers represent auto accident victims in Kansas City, Missouri and the surrounding areas. If you or a loved one has been injured in a crash caused by a careless or negligent driver, please contact our office!
Categories