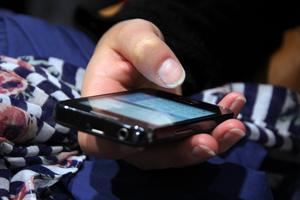 By now, most people are aware that various forms of cell phone use are a serious threat to roadway safety, both here in Missouri and throughout the U.S. The vast majority of car accidents are entirely preventable and many are caused by drivers who have divided their focus between watching the road and performing another task - often using an electronic device. "You talk to any cognitive psychologist, they've known this for decades, that the human brain can only focus on one attention-requiring task at any given moment," said David Teater, senior director for the National Safety Council. "The other task is always in the background."

And it's no secret that the problem of distracted driving is particularly prominent among teens, who, in today's world, are likely to text frequently throughout the day. Due largely to their inexperience behind the wheel, teen drivers already have high crash risks, so adding a distraction to the mix can be especially dangerous. And it's not just texting that's the problem: numerous studies have indicated that talking on a phone - even if it's hands-free - increases a driver's chances of having an accident. Further, as technology continues to evolve, so do the forms of distraction plaguing drivers. One currently popular trend involves drivers taking "selfies," or self-portraits, while they're behind the wheel. In fact, CNN reports that "Instagram shows more than 3,727 posts under the #drivingselfie hashtag, more than 1,869 for the plural #drivingselfies, and more than 9,700 for #drivingtowork. Some users add the optimistic tag, #Ihopeidontcrash."

• Sending a text message (or engaging in "visual-manual subtasks," like reaching for a phone or dialing a number) while driving makes you three times more likely to be involved in a crash.

• According to the National Highway Traffic Safety Administration (NHTSA),3,328 people were killed in 2012 distraction-affected accidents throughout the U.S. In addition, approximately 421,000 others suffered injury in these crashes.

• About 171.3 billion text messages were sent in the United States each month, as of December 2012.

• At any moment during daylight hours in the U.S., an estimated 660,000 drivers are using cell phones or other electronic devices while operating their vehicles.

• Of drivers under age 20 involved in fatal accidents, about 11% were reported as distracted when the accidents occurred. Data from NHTSA indicates that this age group has the biggest proportion of distracted drivers.

• 25% of teen drivers respond to a text message one or more times every time they get behind the wheel. What's more, 20% of teens and 10% of parents say they have "extended, multi-message text conversations while driving."

Aaron Sachs & Associates, P.C. is a personal injury law firm that represents the victims of Missouri car accidents. If you've been injured in a crash caused by a distracted or careless driver, you may be entitled to compensation for your losses and damages, and it may be beneficial to meet with an experienced attorney to discuss your rights and options. Contact our office today!
Categories