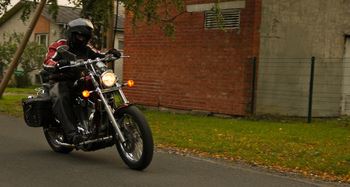 Our Nixa, Missouri auto accident lawyers are amazed by the number of motorcycle accidents in the news in recent weeks. Consider these accidents (all of which occurred last weekend alone):

• Just after 6:00 p.m. on Saturday, 63 year-old John R. McAlister was traveling east on Highway 60 (4 miles east of Seymour) when he slowed to make a right turn. Subsequently, his 2005 Harley Davidson was rear-ended by a 2005 Mustang: McAlister and his passenger, 29 year-old Amy L. Daughtery, were both ejected from the motorcycle. McAlister was pronounced dead at the scene, while Daughtery sustained serious injuries and was air lifted to Cox South Hospital in Springfield.

The driver of the Mustang, 22 year-old Ty J. James, was not listed as injured on the Missouri Highway Patrol's crash report. James was tested for alcohol under the terms of Missouri law, and the crash remains under investigation.

• On Sunday evening, Arkansas football coach Bobby Petrino was injured in a motorcycle accident on Arkansas Highway 16, approximately 20 miles southeast of Fayetteville, on a stretch of roadway that is popular with local motorcycle enthusiasts. According to state police, Petrino's motorcycle ran off the road and crashed near Crosses, AR. No other vehicles were involved in the accident, reports a statement from Petrino's family. He has been hospitalized, but not much more is known about the accident at this time.

• Early Monday morning, a Springfield motorcyclist suffered serious injuries when he struck a guardrail on South Scenic Avenue, under the old railroad overpass near South Creek. He was knocked unconscious and was taken by ambulance with serious injuries. The guard rail was installed about a year ago because so many accidents happen in that location.

According to the Missouri Highway Patrol, there are more than 138,900 registered motorcycles in our state, and more than 326,300 licensed motorcyclists. In the current economy, motorcycles are especially popular: they can be purchased for a relatively low initial cost; their fuel efficiency is high; and, as an added bonus, many people enjoy riding motorcycles as a form of recreation. The down side: motorcyclists are considerably more vulnerable to car accident injuries than the occupants of closed vehicles, like passenger cars and trucks.