Johnson & Johnson's Levaquin is the subject of a trial that began this week in Minneapolis. An 84-year-old plaintiff alleges that his Achilles tendon ruptured after taking the drug to treat pneumonia. The suit claims that J&J knew Levaquin boosted the risk of tendon damage in elderly patients and that the company failed to properly warn patients or doctors about that risk. Missouri personal injury attorneys in Joplin, Springfield, Cape Girardeau, Columbia and throughout the state are watching to see how the jury responds to the evidence. 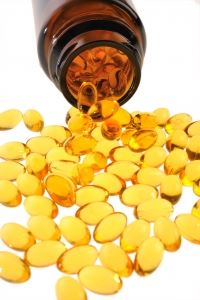 There are more than 2,500 pending cases alleging tendon damage related to Levaquin, and this claim is the second to go to trial. In the first, a jury awarded $1.8 million to another elderly man who ruptured both Achilles tendons after having been prescribed Levaquin.
Lawsuits filed in federal district courts throughout the United States involving Levaquin have been organized as a multidistrict litigation in the U.S. District Court for the District of Minnesota.

In 2008, the Food and Drug Administration forced Johnson & Johnson to strengthen its warning about potential tendon damage related to Levaquin, requiring a "black box" or enhanced warning as to the risk of tendon ruptures. The risk was found to be higher in patients over 60, patients taking steroids, or recipients of kidney, heart or lung transplants. The plaintiff in the most recent suit to go to trial alleges the company knew about the risks and should have upgraded that warning earlier than required by the FDA.

Johnson & Johnson's counterargument claims that the company and its subsidiary, Ortho McNeil, also named in the suit, did not fail to warn about Levaquin's potential dangers. Levaquin's label "has included warnings about tendonitis and tendon ruptures" since first approved, a company spokesman claimed in an email to Bloomberg News Service. "Additionally," the spokesman wrote, "the evidence will show that the plaintiff's prescribing physician was aware of the risks of Levaquin, including the risk of tendon rupture in elderly patients."