The Greene County workers' compensation attorneys know that certain factors can complicate workers' comp claims. That's why it's so important to have a lawyer advising you throughout the process. Consider a recent case: 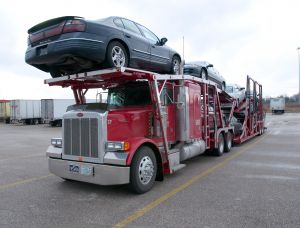 The claimant, Jeffrey Graham, worked as a tractor trailer driver for TSL, Ltd., hauling automobiles. Graham's application for workers' compensation benefits alleged that he fell and injured his right foot while unloading a Jeep in New Jersey on January 25, 2008.

The situation would seem pretty black and white. However, the nature of Graham's hiring became an important element of the case. Here's a bit of background:

Graham, a Kentucky resident, was hired "over the phone": he learned TSL was hiring truck drivers, and phoned the company's Missouri office seeking employment. At TSL's request, he faxed his commercial driver's license, a copy of his personnel file from his previous employer, and the results of a recent physical, including a drug test, to Jim Gage at TSL's Missouri office. Gage apparently reviewed the information while the two men were on the phone and told Graham that he could "start tomorrow." Graham considered himself hired at that point.

So Graham traveled from Kentucky to TSL's office in St. Peters, Missouri. He completed TSL's mandatory driving test and training program, and submitted to another drug test. TSL then provided the tractor trailer, and Graham got to work.

After his injury occurred, Graham applied for workers' compensation benefits in Kentucky, where he lives and where he applied for and received the job. But TSL denied the claim, insisting Kentucky lacked extraterritorial jurisdiction under KRS 342.670 because the employment was not principally localized in any state, and Graham's contract for hire was made in not in Kentucky, but in Missouri.