Springfield, Missouri workers' compensation lawyers recently noticed an article in Bloomberg Business Week about misclassified workers in Connecticut. According to the report, labor officials issued stop work orders to 19 construction companies working at six different sites in Westport. These companies had all misclassified their workers as independent contractors to avoid having to pay workers compensation insurance, unemployment taxes, and social security. 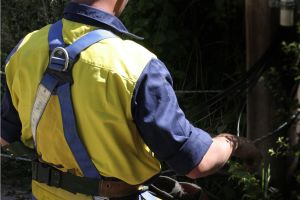 These 19 companies face fines of $300 per day, for each day they do not carry workers' compensation coverage as required by Connecticut law. It is the job of the division of wage and workplace standards to investigate complaints of this sort from workers and unions. Apparently they have had to issue 103 stop work orders in the past six months, and have already collected $81,000 in fines from non-compliant construction firms.

This is not just a Connecticut problem but has been in the news nationwide. Not identifying an employee's status correctly is termed "Misclassification of Workers." Although common in many different fields, it is particularly prevalent in the construction industry. It is also particularly damaging in the construction industry because of the high risk of serious accidents and injuries that should fall under the workers' compensation system.

The problem for misclassified employees is that they may not be rightly covered by standard safety regulations and may not be enrolled in worker's compensation programs that they should be eligible for.

Read what the IRS has to say about employee classification.