More than 800 people died in car accidents in Kennett and elsewhere in Missouri in 2010. While this is a 7 percent decrease from the previous year, the slight decrease illustrates that even more needs to be done to help to ensure the safety of motorists in our roadways. 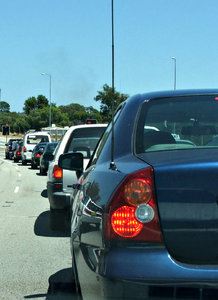 The National Highway Transportation Safety Administration (NHTSA) recently released statistics for the 2010 totals of traffic accidents throughout the U.S. Through the entire year, nearly 33,000 people died in car accidents around the nation. The NHTSA reports that in 2010, we saw the lowest number of traffic fatalities since 1949. While the Administration is patting everyone on the back for lower numbers than 2009, it's important to point out that there were increases in quite a few accident scenarios.

Our Kennett car accident attorneys understand the risks among motorcycle riders, bicyclists and pedestrians actually increased significantly. We also noticed that the number of fatal accidents grew through the last part of the year. This signifies the struggles we'll face on our roadways as the economy recovers. When there's a better economy, more people travel and more accidents are likely to happen. Motorists are urged to drive defensively to help to reduce these numbers. Driver awareness is one of the most important ways that motorists can be proactive, making accidents less likely.

"While we have more work to do to continue to protect American motorists, these numbers show we're making historic progress when it comes to improving safety on our nation's roadways," said U.S. Transportation Secretary Ray LaHood.

The NHTSA is using new tools to help track even more types of car accidents. As technology continues to evolve, distracted driving-related car accidents occur more often on our roadways. In 2010, nearly 3,100 people lost their lives because of car accidents involving a distracted driver. Because of this increase, the NHTSA created "distraction-affected crashes," a new measure to keep track of these accidents. Of late, the most common distractions are cell phones and text messaging devices, but there are plenty of others: eating, drinking, interacting with passengers, reading road maps, playing with the radio, applying makeup, etc.

The Administration is also using the new "alcohol-impaired driving crashes" measure to track alcohol-related accidents. These types of accidents still account for roughly 30 percent of all fatal car crashes.

If you, a family member or someone you love has been injured in a car accident in Kennett, New Madrid, Perryville or elsewhere in Southeast Missouri, contact the New Madrid Personal Injury Lawyers at Aaron Sachs & Associates PC, for a free initial consultation. Call (573) 334-7959.